Doctor Who: The Stones of Venice Review 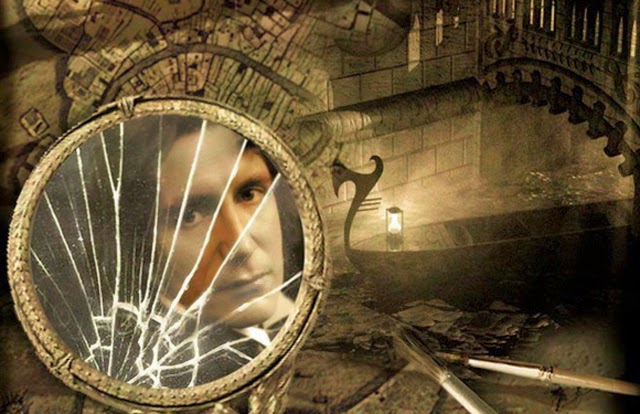 Listening to The Stones of Venice last year I have to admit to not being too impressed with it. However, listening back to it today I found myself really surprised that I was enjoying it. Unlike last time, I felt that all the elements of the story, a cult who worships a dead woman, amphibious gondoliers and an ageless duke and woman he loves. Not only did I find myself enjoying the story I think I got a whole new perspective on the inspired tale that tells us about Venice's final hours.

Though the third story released, this was actually the first story that Paul McGann and India Fisher recorded together and from the sound of it, they really hit it off. You have idea that this was the first time they had worked together, in fact, it feels like the Doctor and Charley have been travelling the universe for a long time already. McGann is always really good as the Doctor and there are definite echoes here of the Doctor we met in the TV Movie rather than the Doctor he eventually evolves into on Audio. Fisher really throws herself into the role of Charley, with this story giving her a lot more to do than Storm Warning and Sword of Orion did with Charley being separated from the Doctor for most of the story. She manages to make moments where she is hypnotised and coming round from it sound really credible. This is, thanks to the excellent acting from the pair, the story that really cements their Doctor/Companion relationship.

To really compliment the main cast, this story also has some excellent supporting cast. Michael Sheard, know to many fans as Lawarence Scarman in Pyramids of Mars amongst many other stories, makes his final Who appearance here as the ageless Duke who, thanks to a curse from his dead wife, finds himself at the centre of the events befalling Venice. Nick Scovell plays the art curator Churchwell who becomes a companion of sorts to the Doctor throughout the story as Charley is separated from the Doctor pretty early on. The leader of the Cult, Vincenzo is played expertly by none other than Mark Gatiss. Gondolier Pietro is played by Big Finish regular Barnaby Edwards who shares a number of great scenes with Charley. And last but not least is Elaine Ives Cameron who plays Ms. Lavish an elderly woman who is much more than what meets the eye. In fact, it her performance in the final two episodes that really makes The Stones of Venice really stand out.

The script by author Paul Magrs is interesting but probably not to everyone's taste. This might be because the story isn't your typical run of the mill Who story, this could be why, even though I like it, it is something of a marmite story for many. You either like it or you don't. But it is still a great piece of work from Paul Magrs.

The Stones of Venice is a great story from Paul McGann's first audio season as the Doctor and is definatly underrated by many fans. It is the kind of story that requires putting away and listening too again some time later to really appreciate it but, it proves one thing, Doctor Who can sometimes be at its best when its anything but your typical Who story.

THE STONES OF VENICE, WRITTEN BY PAUL MAGRS AND STARRING PAUL MCGANN AND INDIA FISHER WAS RELEASED BY BIG FINISH IN MARCH 2001