Doctor Who Audiobooks Available in April 2016 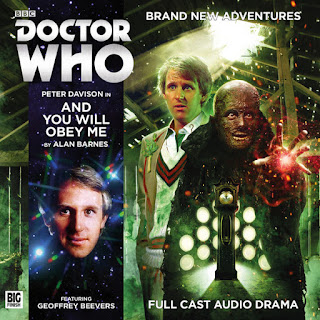 The Main Range
211. And You Will Obey Me
Written By: Alan Barnes
Directed By: Jamie Anderson

The Master: wanted for crimes without number, across five galaxies.
The Master: escaped his pursuers. Last known location: rural Hexford, England, Earth.
The Master: dead and buried in an unmourned grave, in a lonely churchyard.
Apparently. 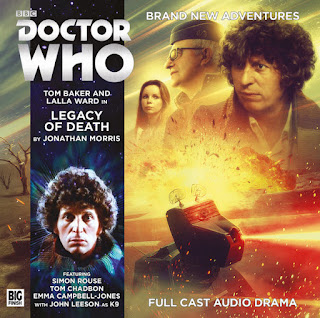 The Doctor, Romana and K9 have found themselves trapped in a temporal war. On Aoris, the past battles the future - and the future fights back!

With both sides of the war now capable of time travel, the conflict is about to enter a deadly stage. As the pieces of history lock into place, there is little the Doctor can do.

With more Time Tanks moving into combat, the endgame is approaching. The people of Aoris risk extinction at their own hand.

Can even the Doctor save the same planet twice in the same day? 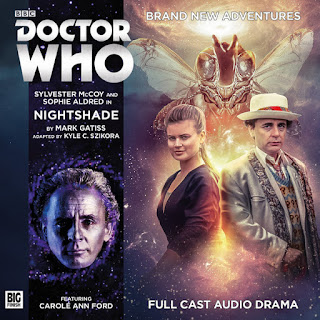 Professor Nightshade - tea time terror for all the family, and the most loved show in Britain. But Professor Nightshade's days are long over, and Edmund Trevithick is now just an unemployed actor in a retirement home, fondly remembering his past.

It's the same through the entire village - people are falling prey to their memories. At first harmlessly, and then, the bodies begin to turn up.

The Doctor and Ace arrive on the scene - but, with the Doctor planning his retirement, it may be time for Professor Nightshade to solve one last case.

Nightshade is based on the novel by Mark Gatiss from the Virgin New Adventures series of Doctor Who books. 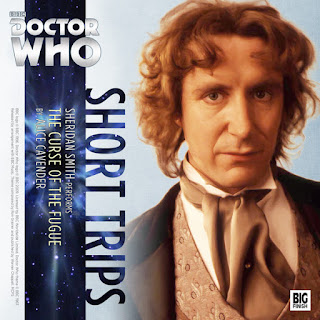 Short Trips
6.04 - The Curse of the Fugue
Written By: Alice Cavander
Directed By: Lisa Bowerman

February 1973 is grimmer than usual for the British. Huddling together by candlelight the nation endures regular power cuts, however the situation is far worse for one old woman. Out of the dark come visitors who know of her terrible burden of wartime secrets. All she fought to save is threatened. Whom can she trust? The troubled ghosts which plague her, a young man who has befriended her, or her new carer Lucie and her strange friend, The Doctor? 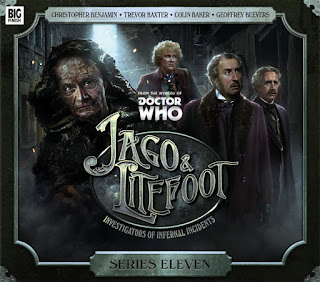 1. Jago and Son by Nigel Fairs

With missing persons, dead bodies and a Satanist cult to deal with, both Litefoot and Jago need help. Professor Litefoot finds himself working with Jean Bazemore, an old archaeologist friend. Jago, however, finds he is assisted by someone he never even knew existed – his own son. Or is he? Can Jago be sure of anything?
But there is more to events than the detectives know. An alien menace is stirring underground. Once again, Jago and Litefoot find themselves fighting for their lives…

As he tightens his grip on Inspector Quick, the Master becomes interested in the young composer Maurice Ravel. For his part, Ravel befriends Professor Litefoot. But is anyone truly who they seem or able to control their own destiny and actions?
When Litefoot goes missing, it’s up to Jago to investigate. But the Professor finds himself in a nightmare landscape where reality and fiction seem to have merged. Will he ever manage to escape? And if the real Maurice Ravel is trapped with Litefoot, who exactly is walking the streets of London?

3. The Woman in White by Simon Barnard and Paul Morris

The great actor Henry Irving is not as great as he once was. In fact, he’s awful – a shadow of his former self. Worried that something may be terribly wrong, Irving’s assistant Bram Stoker enlists the help of an old friend – Henry Gordon Jago.
With Irving’s state deteriorating, Professor Litefoot also faces a challenge. He performs an autopsy on a man who has had all his bodily fluids drained from him. Can the detectives discover the connection between the great actor and the mysterious dehydrated corpse? And how does it relate to the Woman in White who supposedly haunts Irving’s theatre?

The Master’s plan is nearing completion – and he is sure that Jago and Litefoot will help him bring it to fruition. With Inspector Quick increasingly under the Master’s influence, the Infernal Investigators find themselves tired and fatigued, as if their very life force is being drained away...
With the help of Ellie together with stage hypnotist Madame Sosostris and her assistant Mr Nocturne, Jago and Litefoot finally track down the Master. But as they make their way towards his lair, the Time Lord's true scheme is revealed. 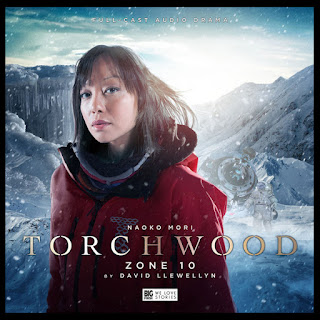 They call it "Pulse" - a radio signal which has puzzled the world for 40 years. But now Toshiko Sato has solved it.

She's uncovered a message which leads her to Russia, and into an uneasy alliance with the KVI - the
Russian equivalent of Torchwood. Toshiko needs to get into Zone 10 - a frozen wasteland which officially doesn't exist.

An intergalactic war was once fought in Zone 10. And it turns out there's a survivor.