Doctor Who: The Wrath of the Iceni Review 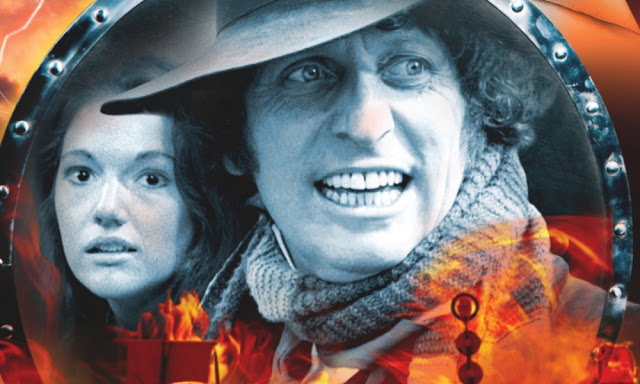 "You can't rewrite history, not one line!" Was once bellowed from the First Doctor and for the most part, the entire history of the show has stuck to this line. And it's true, you can't change history otherwise the entire future will change. Its an interesting theory, why they don't teach you interesting theories like this in GCSE Science I don't know. However in recent years the Doctor hasn't stuck to that rule and has often broken established historical events, The Fires of Pompeii and Waters of Mars being a good case in point to put this fact across.

But why can't the Doctor help to stop the Norman conquest of 1066 but he can stop a Dalek occupation in the future? The answer simply lies in the production of that particular season which is why in Interference, the whole topic is largely uninteresting. I must admit this is a problem that has never bothered me, I've always thought that wherever the crew lands it is a fixed historical point that you can't change.

The Wrath of the Iceni runs this problem with the character of Leela. When the companion is from our time it is easy to understand why you can't change the past but why when they are from the future can they then do it? To put this case in point, The Invisible Enemy is as much in the past for Leela as The Wrath of the Iceni. So why can they stop the Nucleus of the Swarm but not a Roman occupation? Throughout the story Leela asks this exact question and the Doctor can't answer. One would have thought that the author John Dorney would have avoided historical adventures altogether.

Where The Wrath of the Iceni succeeds is not having the Doctor take part in this conflict. Instead it focuses on Leela and allows her to work stuff out for herself. I don't know why anyone hadn't of thought about pairing Leela and Queen Boudica together before. It is a really good match and both actresses, Louise Jameson and Ella Kenion really give the script their all. The pair spark off one another really well going from strangers to friends in an instant. All the way through the story Kenion doesn't just play a ranting warrior queen but a tragic figure in our history.

The Doctor spends most of his time tied up but it allows Tom Baker to give us possibly his best performance to date with Big Finish. Every story seems to begin with a goofy moment, Iceni being no different but the Doctor's quips don't mean much when he is strolling through the fields of England. Powerful and extremely frustrated, the Doctor is at his most interesting in this story and Tom Baker plays it to the hilt.

Another enjoyable thing about this story is the character of Bragnar played by Nia Roberts. I really enjoyed her character who becomes the 'companion' to the Doctor throughout this story. In fact if there are things wrong with this story it is that Michael Rouse's character is pretty pointless and why are characters having great big speeches when there is a pitched battle going on around them?

This story is brief but I feel it makes it all the better, the story is given enough tension that wouldn't stretch to four parts and the reversals of the characters are enjoyable. The relationship between The Doctor and Leela is taken to somewhere it has never been and shows us that even though they haven't been travelling together long, Leela has picked up a thing or two.

The Wrath of Iceni does something that the television would never have been able to do and provides the something different and highly interesting and it showcases the two leads in an interesting new light.