Doctor Who: The Renaissance Man Review 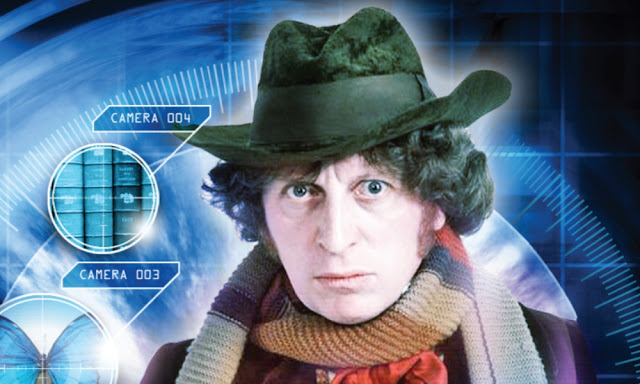 I went into this story with very little expectations after Destination: Nerva and even given that it was written by Justin Richards, someone who usually gives us enjoyable stories, it did little to cheer me up. The beginning of this story didn't help either with it seeming to start half way through and all the Doctor had done was act eccentrically and look through an art gallery.

However, at some point during the beginning, The Renaissance Man seems to pick up and never stop. While its not a zippy, wham-bang, kind of story we might expect from the Fourth Doctor, it is a fun and interesting story that keeps the ideas coming even when you think you've got it all figured out. The Doctor and Leela are supposed to visiting the grand opening of the renaissance wing of a giant space museum but instead find themselves in the grounds of a twentieth century manorhouse owned by a strange, voracious collector named, Harcourt.

Harcourt is played by Ian McNiece who has previously played Zeus in No More Lies and appeared as Winston Churchill in a number of Matt Smith episodes and he is delightful to listen too as the villain. McNiece has a great voice throughout which means that every threat aimed at the Doctor is rarely physical. I simply loved listening to him and the idea that he can win at anything simply obsorbing knowledge is great, it is made even better when we discover that knowledge can be given physical form and is a concept that has never before been used in Doctor Who. The script calls for McNiece to play several different versions of Harcourt and he does each superbly, each version is different while he manages to maintain that they are supposed to all be the same character. Author, Justin Richards keeps you guessing as well and just when you think you've got it all worked out, the whole thing gets a different outcome that you didn't see coming but still works.

The Doctor and Leela are still on top form with Richards keeping them together for most of the story and Baker and Jameson bounce off one another marvellously. I'm not sure they ever played this well together on television but this is one of the things that plays to Big Finish's strengths and gives us Doctor Who we should have often gotten. It is clear through the story that both characters admire and respect each other and Baker continues to prove why he was such a good Doctor with his witty moments and unique ways of delivering his dialogue.

The other characters don't get a lot to do but this is to expected in a 50 minute story that features such great presences as Tom Baker, Louise Jameson and Ian McNiece and some extremely clever concepts and it turns out to be even greater in this respect.

The Renaissance Man is fun from beginning to end and it delights the whole way through. While it might not be mind blowing or extremely amazing this is Doctor Who that is interesting and clever and one wonders why the first series of Fourth Doctor Adventures didn't start with this one.