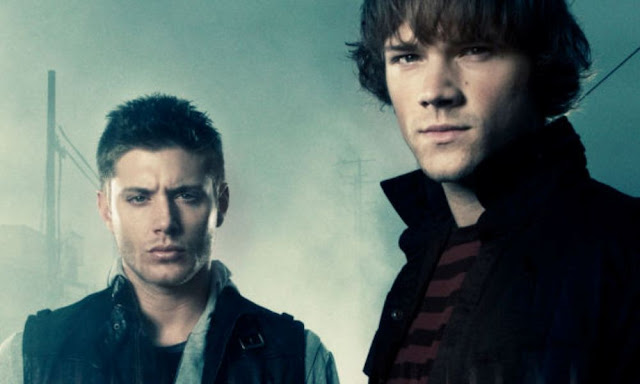 Nevermore was the first spin off Supernatural novel written by accomplished Keith R. A. DeCandido. The story is set in the second season and sees Dean Winchester and Sam Winchester follow a lead to New York, where not only do they have to stop a serial killer who has a connection to author Edgar Allan Poe, they also have to deal with a ghost who is haunting the house they are staying in during their time in the Big Apple.

Although I am a massive fan of the Supernatural TV Series I must admit to not noticing the continuity lapses. While this might not the most successful piece of fiction written by DeCandido, it is nonetheless entertaining and a fun read. The only major quibble I have with the story is that the two strands of the story don't ever really connect. It would have been nice if they were both linked more than they actually are. But the one thing I did like was when we got to see what the ghost was thinking, something we don't get to see in the TV series.

I couldn't find anything particularly wrong with the author's description of the Winchester Brothers, both are pretty much like they are in the television series, I have however heard about the eye colour mistake though, not that it upsets the story in anyway but the supporting characters do remain a little too bland for my liking. I don't however like the character of Clare, the character who fancies Sam.

While the novel isn't the greatest in Keith R. A. DeCandido writing career, it is a decent enough read but as the birth of a spinoff Supernatural book series there are bound to be some hiccups.

I do know though that it would be a book that I, as a Supernatural fan, I would heartily recommend!