Doctor Who: The Wishing Beast Review 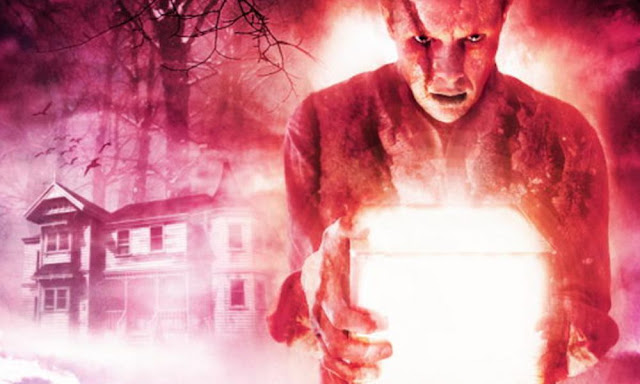 The Wishing Beast is Doctor Who's take on a fairy tale, a remote planet, an isolated house, forest full of ghosts, two strange sisters waiting for their brother and a mysterious beast who grants anyone their dearest wish.
What a seriously fractured fairy tale this story is.
Immediately the gothic atmosphere is set up with the TARDIS landing in an environment that can change at will, an odd old mansion, odd ominious rustles in the undergrowth, the Doctor and Mel fleeing for the relative safety of the mansion and a voice in the wind telling them they'll find no safety inside the house.

What the pair find in the old house are two old sisters, both a few cards short of a full deck. Eliza, one of the sisters tells the pair about how agonizing the loss of her eyes were and then proceeds to query whether the pair want one lump or two. Then the sisters proceed to tell them that the Wishing Beast is going to grant the 'hero of all time and space,' their greatest wish but before the Doctor can get truly excited about it, the sisters say how it is for the reluctant and sceptical Mel.

And then, right when things couldn't get any weirder, the ghosts start to appear, only to be sucked up by a vacuum cleaner.

This story is a lot like the TV series Grimm and I have always enjoyed the stories that do gothic horror rather and all those tropes are on display here and it works well, while the story might be a little, dull, in places, there is a genuine sense of unease about this story that is unsettling to the listener.

Jean Marsh is revelling in the dialogue she has been given obviously drawing on the performance she gave in Battlefield alongside Sylvester McCoy and is well matched by her sister Eliza played with equal relish by Geraldine Newman.

While there are places where this story dulls a little, for the most part, it cracks ahead at breakneck speed until the beast is finally vanquished.

This release also features a one-off adventure entitled The Vanity Box. Mel wants to recuperate in the groovy sixties but finds the only thing anywhere near grooving is the new age-defying makeover jobs done by Monsieur Coiffure. Indeed, the work done at The Vanity Box is the talk of the town.

The sterotypes are easy enough to pick up on through this little one off story, from the old ladies gossiping and the nosy neighbours-and the plot is far to thin really to stretch to half an hour but we do get some glorious scenes where the Sixth Doctor goes undercover in the makeover parlour and surely Colin Baker hamming it up is enough to make you want to buy this story?