Next Month from Big Finish - January 2016 Doctor Who Releases 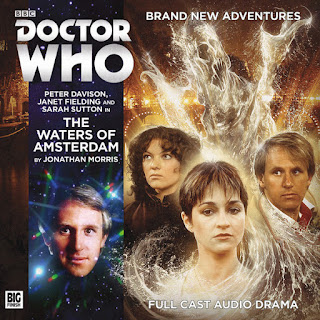 Reunited with the Doctor and Nyssa, Tegan joins them on a trip to Amsterdam's Rijkmuseum to see a new exhibition of the work of Rembrandt van Rijn, featuring his drawings of “Vessels of the Stars”. The Doctor is astonished to discover that they are designs for spaceships that would actually work, and decides to pop back to the Dutch Golden Age for a quiet word with Rembrandt – but the world-weary artist is no mood to help.

Meanwhile, strange forces are swirling in the canals, creatures from ancient myth, the watery, goblin-like Nix. What is their connection to the mysterious Countess Mach-Teldak – and to the events of Tegan’s life during her year away from the Doctor? 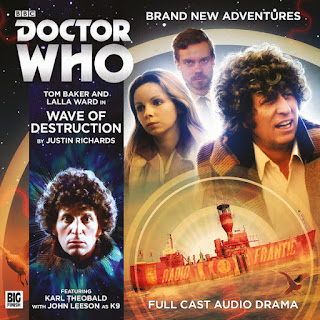 A modulated frequency wave cancellation signal isn’t something that the Doctor and Romana expect to detect in 1960s London. But then they don’t expect to find Professor Lanchester, the man who invented it, lying unconscious. Or MI5 investigating.

With the help of MI5 Agent Miller, Lanchester’s daughter Jill, and his nephew a pirate radio DJ called Mark, the Doctor, Romana and K-9 investigate. They soon discover that there is more at risk than they imagined, and an alien invasion is about to begin.

Can the Doctor identify and defeat the aliens in time? Will Romana manage to find a recombinant transducer before it’s too late? And how will K-9 cope with his new job? 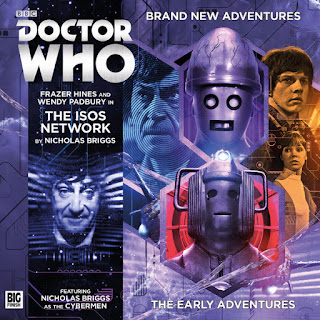 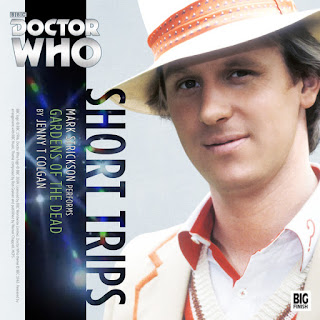 Turlough has joined the TARDIS - the snake in the orchard - and is trying, with limited success, to gain the others' trust.

But when they land in the Gardens of the Dead, the whole team - Nyssa, Tegan and Turlough - will have to join forces and fight together to keep the Doctor safe. And discover what is behind the
very last door in the TARDIS. 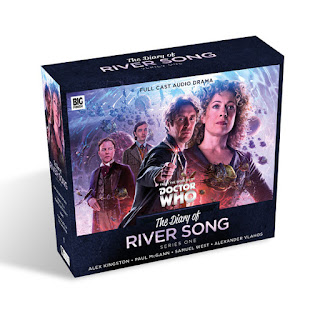 1. The Boundless Sea by Jenny T Colgan
Drawn out of self-imposed academic exile by an archaelological dig, River crosses paths with British Consul Bertie Potts - leading to a secret buried in a lost tomb...

2. I Went to a Marvellous Party by Justin Richards
River is invited to the most exclusive gathering; right in the middle of Hyperspace! Hosts Gifford and Isabella hold a connection to the mysterious Rulers of the Universe; but with a murderer on board, is River too late to discover the truth?

3. Signs by James Goss
River is on the trail of mysterious, planet-killing SporeShips. Her only aid is a handsome time-travelling stranger with a connection to her future - her husband, Mr Song.

4. The Rulers of the Universe by Matt Fitton
The Eighth Doctor is drawn into events, as River must contend with a secret society and a face-off with an ancient alien force - with her future husband caught in the middle! 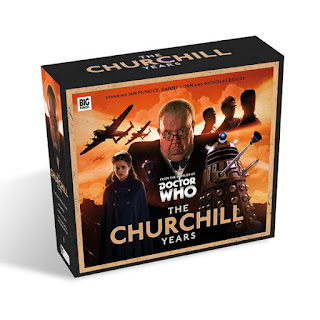 1. The Oncoming Storm by Phil Mulryne

Late 1939. Britain faces the might of Germany. Winston Churchill serves as First Lord of the Admiralty. But Churchill soon finds himself facing a more immediate threat than the looming Nazi menace. A ‘Stone’ with the most mysterious properties is discovered in the Thames’ sands, and soon oddly spoken soldiers are creeping round London ruthlessly trying to acquire it. Who are they? Can Churchill and his new secretary Hetty Warner defeat them? And what about the man in the battered leather jacket that Hetty meets? Churchill feels sure they can rely on the Doctor to help them! Except that this Doctor seems to want to stay hidden in the shadows…
2. Hounded by Alan Barnes
In the dark days of 1941, Britain is in the midst of war. Churchill must stand strong against the might of the enemy – but he is plagued by a darkness in his own psyche. Something he calls ‘the Black Dog’.
Can a visiting Swami hold the answer to his troubles? And can Hetty Warner prevent the Prime Minister's adversaries from taking advantage of the situation?
Across London, the Tenth Doctor's arrival may be the nation's only hope – but the Time Lord's plan to help his friend is endangered when he finds himself declared a traitor by the agents of the country he has come to protect...
3. Living History by Justin Richards
Finally given the chance to travel in the TARDIS, Winston Churchill cannot resist the opportunity of meeting Julius Caesar. But the trip does not go quite as planned. With the TARDIS gone, and Churchill stranded in ancient Britain with a young man he barely knows and who comes from the future, it seems things can hardly get any worse.
Until he is captured by the invading Romans.
Still, at least that means Churchill will meet Julius Caesar after all. But then Churchill learns of the Bronze God, feared and worshipped by the Ancient Britons. A god that he recognises as anything but divine when he meets it.
4. The Chartwell Metamorphosis by Ken Bentley
Comfortably retired to his home at Chartwell, Churchill plans to live out his days in peace, in the company of his butterflies – if his attendants would just leave him alone.
But it isn't simply Lepidoptera breeding in the gardens, as a far more sinister species is about to emerge from its cocoon – and is ready to feast on something more than just the shrubberies.
Surrounded on all sides, the former Prime Minister must put a life's worth of experience into action in order to win the day. Can his new nurse Lily Arwell offer her assistance? 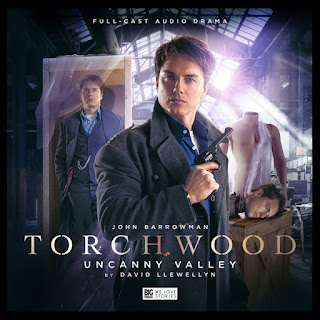 Torchwood - Uncanny Valley
Written By - David Llewellyn
Directed By - Neil Gardner
What's made billionaire Neil Redmond emerge from his long seclusion? Captain Jack knows the answer, and is prepared to go to any lengths to prove it.
A couple of years ago, Neil Redmond was in a terrible accident. His recovery has been long and slow, but now he's back and looking better than ever. Much better than ever.
Dark forces have been behind Neil's transformation. Dark forces that Jack has been hunting for a long time. But Captain Jack's never been able to resist the darkness.