Next month from Big Finish - Doctor Who December 2015 releases 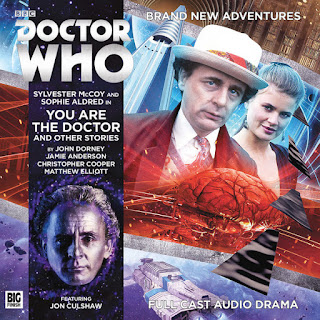 You are the Doctor by John Dorney, Jamie Anderson, Christopher Cooper and Matthew Elliot

You Are the Doctor by John Dorney
YOU are the Doctor, a mysterious traveller in time and space. Will YOU succeed in foiling the ghastly plans of the horrible Porcians, the most inept invaders in all the cosmos? Or will you get yourself killed, over and over again?

Come Die With Me by Jamie Anderson
A spooky old house. A body in the library. A killer on the loose. The Doctor accepts the challenge laid down by the sinister Mr Norris: to solve a murder mystery that’s defeated 1,868 of the greatest intellects in the universe… and counting.

The Grand Betelgeuse Hotel by Christopher Cooper
The TARDIS brings the Doctor and Ace to the most opulent casino hotel in the cosmos – a haunt of the rich, the famous and the unutterably corrupt. There’s a robbery in progress – but is the Doctor really in on the plan?

Dead to the World by Matthew J Elliott
Tourist spaceship the Daedalus hangs suspended in space, all but three of its passengers having fallen victim to a bizarre infection. But if the Doctor saves those last survivors, he risks destroying the entire human race. 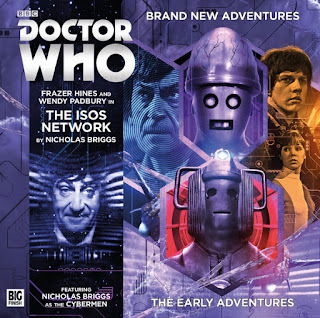 Doctor Who - The Early Adventures
The Isos Network by Nicholas Briggs 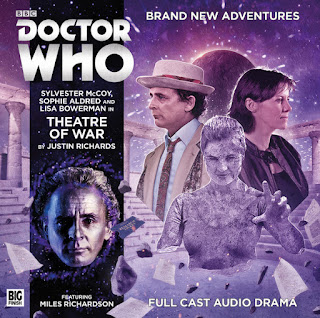 Doctor Who - Novel Adaptions
Theatre of War by Justin Richards

Years ago, an archaeological expedition came to Menaxus to explore the ruins of an ancient theatre. All but one of the team died. Now the only survivor has returned, determined to uncover the theatre’s secrets.
But then the deaths begin again.
The Doctor, Ace and Benny meanwhile find themselves caught up in the very real events of Shakespeare’s greatest play. When they finally reach the theatre on Menaxus, the Doctor begins to realise that the truth about the planet may be far stranger than anyone imagined. With Benny doing research at the Braxiatel Collection, the Doctor and Ace head straight into an interplanetary war…

Based on the original 1994 New Adventures
novel by Justin Richards. 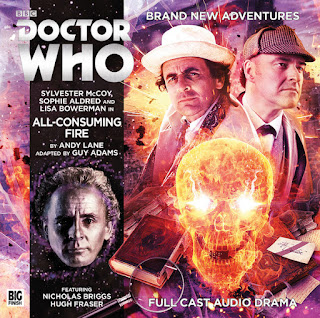 Doctor Who - Novel Adaptions
All-Consuming Fire by Andy Lane, Adapted by Guy Adams
CD - £14.99
Download - £12.99
The Library of St. John the Beheaded contains the most dangerous books in all creation so when some of them are stolen who else should the Vatican call but Sherlock Holmes?

Immediately, one of the possible suspects seems more suspicious than others. He has no traceable background, refuses to give straight answers and hides behind a pseudonym. However, Holmes and his loyal friend Watson soon realise this suspect is also their greatest hope: war is brewing and an Old God is rising, to save humanity, they need The Doctor as much as he needs them.
Based on the original 1994 New Adventures novel by Andy Lane. 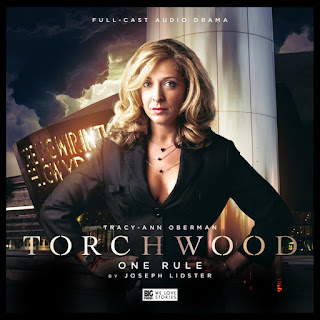 Torchwood
One Rule by Joseph Lidster
CD - £10.99
Download £7.99
It’s been three weeks since the Mayor of Cardiff was killed by a shop dummy and the fight is on to see who will replace him.
Yvonne Hartman is visiting the city to retrieve an invaluable alien device. She's in charge of Torchwood One, she's saving the British Empire and she doesn't care about local politics. But she is going to find herself caught up in that fight. There’s a bloodthirsty alien stalking the streets and there’s a special offer on at the all-you-can-eat Chinese buffet. 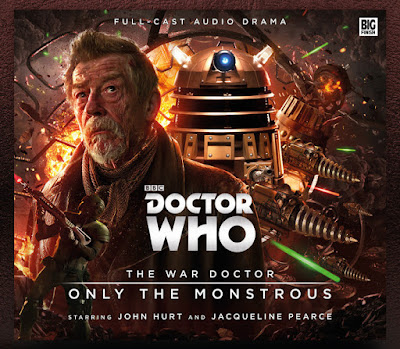 The War Doctor 1 - Only the Monsterous
By Nicholas Briggs