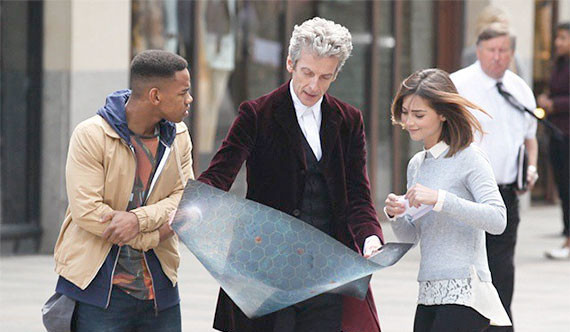 The BBC has released the official story synopsis for Face the Raven, the tenth episode of Series 9.


The Doctor and Clara, with their old friend Rigsy, find themselves in a magical alien world, hidden on a street in the heart of London.
Sheltered within are some of the most fearsome creatures of the universe… and Ashildr (Maisie Williams)! With a death sentence hanging over their heads, not all of the intruders will get out alive.


It premieres Saturday 21 November on BBC One, with the time to be confirmed.