Doctor Who: Voyage to the New World Review 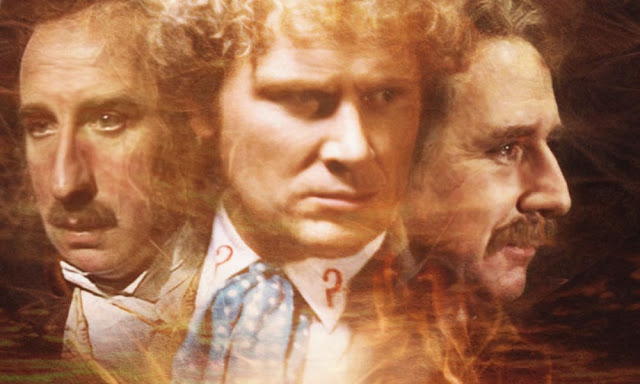 Voyage to the New World opens with a recap of the ending to Voyage to Venus and its a little confusing when the story then progresses to a week later but it takes a little while to register.
The Doctor and Litefoot are with a tribe while Jago has been hiding in the woods but all of them soon find themselves involved in the mystery of the Roanoke Colony and the word 'Croatoan.' No one will tell them the whole story or why they keep seeing strange ghostly children.

Voyage to the New World is one of the most atmospheric and unsettling of all the Who audio adventures. Author Matthew Sweet piles on creepy incidents after creepy incidents and the treatment of the ghostly voices are simple but effective and sinister. And the strong score completes the whole thing.

Like a lot of Matthew Sweet's stories, this one is complicated. In fact, this story is quite complicated. I was very surprised to find just how complicated it was and how far into the story I was and the concepts just kept on coming. The end is resolved a little too quickly but the story on how they got there is a good one so that is ok.

If there was one disappointment I had with this release it is that the Doctor and Jago don't get a lot of air time together. I found this with the previous story where Jago tends to go off with someone else and leaves the Doctor and Litefoot to sort most of the story out during its running time.

The end of this story leads onto series 5 of the Jago and Litefoot range and promises some entertaining stories to come.