Doctor Who: Last of the Colophon Review 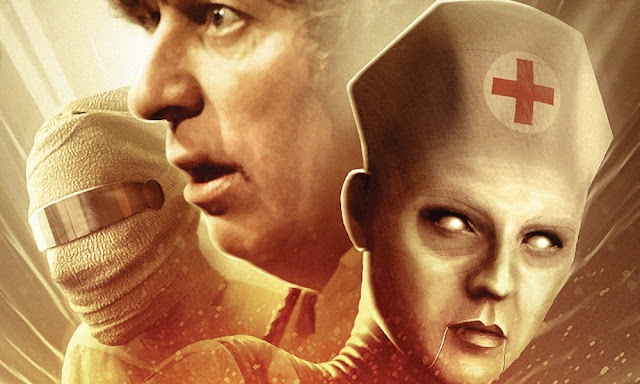 Last of the Colophon, written by Jonathan Morris gives us a Doctor Who story based on The Invisible Man.

But it unfortunately doesn't work. The central conceit of this release should lead to a tense thriller story which I think would have made this story work very well in an audio format.
Instead, what we get is an action adventure which requires the characters to tell us what they are doing all the time.

I found myself feeling very disappointed by the whole story, maybe, if the story required the characters to tell us what they were doing, we could have had something along the lines set out by White Ghosts and have Leela telling us what was going on. This might have made the whole story slightly better.

Another thing that doesn't help the production was that all the supporting characters were nasty, selfish and shallow members of a survey ship from The Third Imperial Consortium. And, when they ultimately die at different points in the tale the listener is feeling like they couldn't care less about how and why they perish. Its a shame. The characters here are once again only cogs in the plot and given very little characterisation which doesn't help the listener gain any empathy with the characters.

However, Tom Baker and Louise Jameson are brillant and they are the one reason you should listen to this release. As always they pull fine performances out of the hat and are a joy to listen to.

At least the disaster is a competent one. Morris has proven himself a solid writer, Baker and Jameson are as wonderful as always and Jamie Robertson is reliable with his music and sound effect design. However, this is a case of the story we imagine it being, being better than the story we end up with.