Doctor Who: War Against the Laan Review 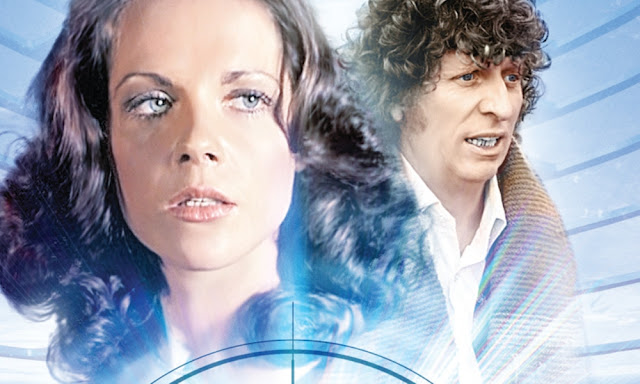 "Just a taste of Armageddon, Romana. It's what happens when acquisitive minds are left unencumbered by conscience" The Doctor

The Doctor, Romana and newly elected President Sheridan Moorkurk take on the all-consuming powers of business tycoon Cuthbert and his vast Conglomerate. But the situation goes beyond a struggle for political power. Cuthbert is intent on revenge on the creatures he feels have attacked his interests. But when his revenge looks like leading to an inter-species war, the Doctor knows the stakes couldn't be higher.
The Laan are on the move. Is it too late to prevent the destruction of all life on Earth?

This story continues on from the previous release, The Sands of Life and is a marginal improvement despite the fact that it has a predictable ending. And while it won't be winning any awards, War Against the Laan succeeds for the most part because of it's characters.
The definite highlight has to be David Warner playing the tycoon Cuthbert and the way he interacts with the other characters can vary from sinister to funny and sometimes in the same scene. Thanks to Nicholas Brigg's writing and Warner's acting bring a character to life who is intelligent and witty while being scary, sarcastic and petty but they do it with charm. Again, listening to him going up against the Doctor is a delight but his sexist putdowns just don't do it for this listener. One would think that someone as intelligent as Cuthbert to do better than calling Moorkurk 'missy'? However I enjoyed this character a great deal and I look forward to his return in the series finale.
Toby Hadoke does a good job as the snivelling Mr. Dorrick and he and Cuthbert are a wonderful villainous double act that just boarders on cliché. Just.
Unfortunately there is a weakness in this story and it is the character of Sheridan Moorkurk. Actress Hayley Atwell doesn't do a bad job in fact she does her best but the character is incrediably naïve for someone who has just been elected to be the president of earth.

The plot won't amaze or outstand and with a predictable ending does fall quite flat but it is worth listening to for the range of characters that have been created by author Nicholas Briggs.

WAR AGAINST THE LAAN WRITTEN BY NICHOLAS BRIGGS AND STARRING TOM BAKER AND MARY TAMM WAS RELEASED BY BIG FINISH PRODUCTIONS IN MARCH 2013.