Doctor Who: The Edge of Destruction Review 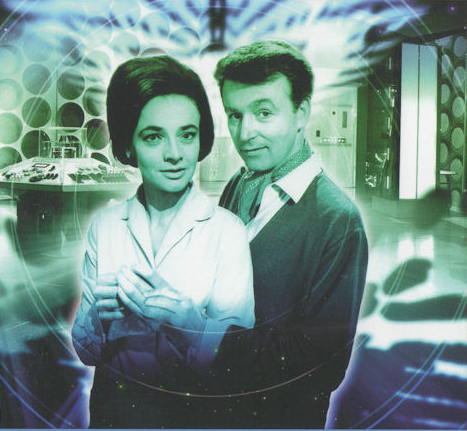 "You stupid old man! Don't you realise that you would have died in the cave of skulls if Ian hadn't have made fire for you..." Barbara

I imagine that after the seven week epic that was The Daleks, the next story, The Edge of Destruction would have been a stocking filler of a tale. It must have been like those slightly melted chocolate pennies you find at the bottom of your presents.
Over fifty years later, The Edge of Destruction is a very underestimated story and while I do enjoy this one because it focuses around the characters and gives us a unique insight into the TARDIS and how it works.
However, it is not without its problems and the story does drag slightly but it is good for what it is.

I feel that the story is too stagey, with the actors acting against backdrops and the acting is generally quite stagey, the sort of performances you would find at your local amateur dramatics society.
To the casual viewer what the story is essentially comprised of is a lot of arguing, shouting, fighting and madness. Essentially it is your average trapped in a lift scenario where the occupants don't get along so it is evitable that the whole thing will end up with the group of them bickering.

However there is a sense of tension and claustrophobia and our heroes having to deal is a strange presence on-board the ship. This results in some seriously strange behaviour from the usually dependable Ian who tries to strangle the Doctor and Susan who goes crazy with a pair of sharp scissors and it becomes obvious that Susan should never open a hairdressing company. Imagine the blood and hair you'd lose after going in for a trim! This scene is arguably the best part of the story which pushed the envelope as to what is suitable for children to watch.

The sense of the claustrophobic threat is a good one but not well realised and this isn't helped by the direction in the first episode which is a bit hit and miss. The scene with the melted clock is a good example of things that don't work in this tale because its not obvious why a melted clock is scary in the first place. But luckily, the direction in the second episode is far better.

The regulars make the most of this story though with Jacqueline Hill coming off especially well in scenes that feature her character, Barbara verbally sparring with the Doctor. William Hartnell also comes across well, despite the numerous dialogue slips, including the famous Fault Locator slip which comes out sounding like something much, much ruder. However, given the pressurised deadlines of the sixties serials, with this one being a particularly good example of this, it would be uncharitable to fault Hartnell with this and he ultimately delivers, with the final revelatory speech delivered perfectly without so much as a slight slip.

When it comes down to it all the events happen because of a loose spring. And with all the fuss and drama that we see, the resolution is ultimately disappointing and totally underwhelming.
But the best thing about this story is the focus placed on the characters. After their relationships falling apart at the seams in the beginning they are brought back together at the end and feel closer due to their experiences.
The last five minutes definatly make up for the rest of the story with a lovely scene between The Doctor and Barbara, well played by Hill and Hartnell and from now on the Doctor starts to mellow and there is more of a twinkle in his eyes than there was before.

Perhaps, the most important legacy of The Edge of Destruction, is the relationships forged between the four regulars and while it doesn't particularly succeed at being a gripping action adventure, it does succeed at being a wonderful character driven piece of drama.
Barbara Wright Carole Ann Ford Doctor Who Ian Chesterton Jacqueline Hill Review Susan The First Doctor William Hartnell William Russell