Doctor Who Review - Delta and the Bannermen 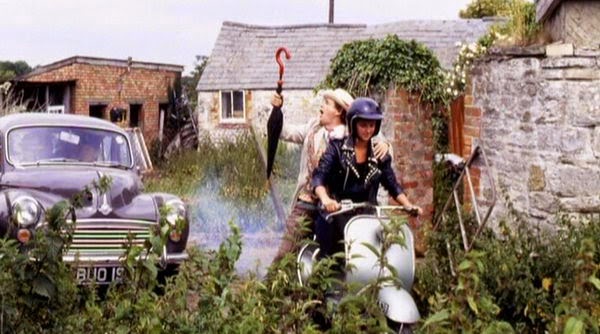 "This is going to be very interesting..." The Doctor 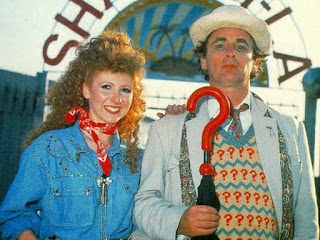 The Doctor and Mel win a Nostalgia Tours trip to Disneyland, but quickly discover this is no ordinary package holiday. Mel finds herself aboard a time-traveling coach bound for 1959, where the enthusiastic members of the Navarino 1950's Club plan to rub shoulders with the primitive Earthlings and try out their rockn'roll dance routines. But one passenger has a secret, and when the coach crashes in the welsh holiday camp of Shangri-La the stage is set for a brutal alien hunt.

I really enjoyed Delta and the Bannermen, it's fun and it's unusual. It is a three part story from the Sylvester McCoy era and it is possibly the bravest story to ever mix comedy and darkness. 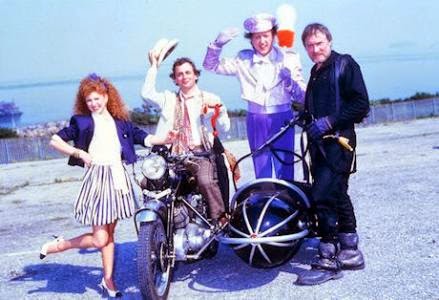 Fans of Doctor Who often have a problem with this serial as well as the season that it is in. On some level I really enjoy "Paradise Towers" with the terrifying Tilda and Tabby, "Dragonfire" with the introduction of the great companion Ace and "Delta and the Bannermen" with it's action, comedy and summery vibes. I do agree that this season, season 24, is too comedic but most episodes manage to mix comedy and darkness in a pleasing manner. The next season is defiantly better with stories like
"Remembrance of the Daleks", "The Greatest Show in the Galaxy", "The Curse of Fenric" and "Survival". 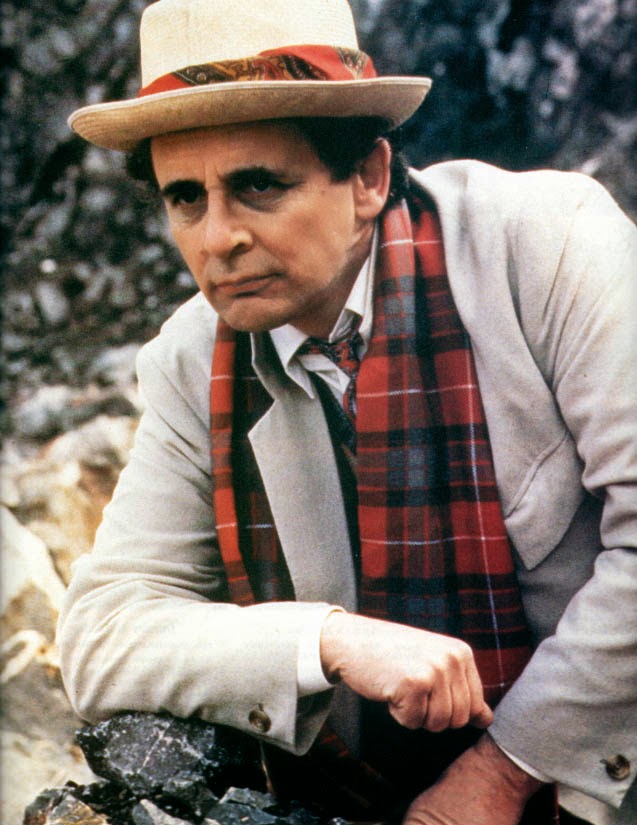 The whole story takes place in the 1950's (1959 to be precise) and the story uses plenty of rockn'roll music that is used to accompany the action. This is a great reason to enjoy this serial as it isn't set in the future or on an alien planet. I think that one reason this story gets a lot of stick is because of including Ken Dodd. He plays a very annoying Tollmaster, however you can't help but feel sorry for him when he is shot by the alien mercenary Gavrok.

The main cast is still on good form and this serial see the last of Sylvester McCoy's real clowning around, although in a later serial we see him juggling and in the next story he dangles on a cliff holding on to his umbrella. Also in this story we see the beginning that this Doctor isn't all sweetness and light and there is something dark and mysterious about him.

Bonnie Langford who plays the companion Mel is reaching the end of her tenure as a companion with only "Dragonfire" to go. Mel wasn't treated very well by the series, she was originally written as a computer programmer but just turned into another screamer. Her character has been treated far better by the Big Finish CDs. However in this serial she is pretty darn good the only time she screams is the ending to part one.

The rest of the cast is great, Belinda Mayne plays Delta and does a good job at playing an alien princess. We have Welsh actors Richard Davies and Hugh Loyd, they play a campsite owner and beekeeper. We also have two American actors who unfortunately sound as if they are putting on American accents! Also playing Gavrok the villain is Don Henderson who plays Gavrok superbly and the scene where he is eating raw meat is very disgusting! 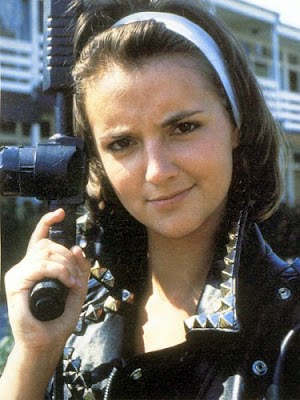 Finally we have the character Ray wonderfully played by Sara Griffiths. Ray is into motorcycles and was written to be a companion if Sophie Aldred as Ace didn't work out. In the end both Ace and Ray are great characters and Ray has gone down in Doctor Who history as a companion that should have been. There have only been a few of these characters including Will Chandler from "The Awakening" and HG Wells from "Timelash".

This story is great and makes good viewing but for all the wrong reasons!
1987 Bonnie Langford Doctor Who Mel Sylvester McCoy Television The Seventh Doctor